Cosmology, from Ancient Greek kósmos (κόσμος) and -logía (-λογία), meaning the “study of the world”. As a concept it brings together natural sciences and philosophy; physics and metaphysics; methods to study nature and beliefs, mythologies, religious and even esoteric approaches.

This exhibition discusses the idea of cosmological elements through several lenses: the lens of science that questions what are the elements that constitute objects in cosmos and the space in-between, elements that can also become central to study the universe and life on planet Earth. In that sense, a selection of cosmological elements also constitutes life on Earth as we humans know it. At the same time, we look at life on Earth and search for life in outer space based on several ideas that continuously built up throughout scientific and research endeavors of cultures throughout human history. Such culturally understood cosmological elements manifest in scientific studies, but also in human dreams and stories being told.

But what happens, when shifts of these cosmological elements take place? Philosopher and physicist Karen Barad talks about how the understanding of current research meets the universe half-way, social scientist Bentley B. Allan tries to understand how cosmological elements as understood in dominant narratives translate to overarching goals, visions and arguments in social life. Can we read these ideas also in current approaches and stories of space and how more and more people want to engage with space? At the same time, looking at the diverse ways of interpret cosmological elements also gives an opportunity to explore where human appreciation and awe of space comes from, what drives visions about space, and scientific investigation, how scientific discoveries enable new visions, and at the same time brings us also back to the human relationship with cosmological elements - the non-human and the more-than-human.

Stardust [Alien] Star Dust: signal to noise premiered on March 10, 2020 at the meteorite gallery in the Natural History Museum in Vienna. . For this exhibition, the artist is creating a site-specific work that is focused on the Fukang meteorite which that was found in the mountains near Fukang, China in 2000. It is a pallasite—,a type of stony–iron meteorite with olivine crystals, estimated to be 4.5 billion years old. We are created from stardust by nuclear fusion, like our myriad siblings – animals, plants, insects, plankton, bacteria and viruses and we all function together in vibratory fields – bottom up just as nature and nanotechnology works. [Alien] Star Dust that rains on us every day reminds us of our interconnected heritage in the larger cosmos. But we are overwhelmed with the pollution particles and lose sight of the vast cosmological ecology in the chaos. We forget that dust knows no borders.

In terms of multiple ecological emergencies encountered by human socities across the world, one of the popular scholarly tactics became to tackle relevant scale of analysis as well as much needed mitigratory intervention by invoking the planet as a concept that expands beyond astronomy and Earth sciences towards humanities and social studies. However, I would like to question the usefulness of the planetary as a scalar concept, and to introduce instead the planet as a metabolic process that collapses multiple scales into a heterogeneous continuum, including extra-terrestrial, cosmic scales. Such a conceptual treatment of the planet allows to escape the atavistic dualism of global vs. local, and to explain the situational as the convolution of the planetary, following the idea that “the planet is hidden in every grain of sand”.

Christian Koeberl is full professor of geosciences (impact research and planetary geology) at the University of Vienna, Austria, as well as full member of the Austrian Academy of Sciences, and was from 2010 to 2020 director general of the Natural History Museum Vienna. He studied chemistry, physics, and astronomy, obtained his PhD in 1983, and his &quot;habilitation&quot; in the geosciences in 1990. He had visiting scientist appointments at, among others, the Lunar and Planetary Institute and NASA Johnson Space Center in Houston, and the Carnegie Institution in Washington, and was visiting professor at, e.g., Dartmouth College (New Hampshire) and the University of the Witwatersrand (South Africa). His research deals mostly with impact craters, especially geochemical, mineralogical, and petrographic studies, and the early Earth, meteorites, and planetary geology. His publication record includes about 500 peer-reviewed scientific papers, many of which deal with impact craters; Among other honors, he received the “Barringer Medal” of the Meteoritical Society for his impact research.

Victoria Vesna, Ph.D., is a media artist and Professor at the UCLA Department of Design | Media Arts and Director of the Art|Sci center at the School of the Arts and California Nanosystems Institute (CNSI). She is currently a senior researcher at IMéRA – Institut Méditerranéen de Recherches Avancées in Marseille (2011-2013). Her work can be defined as experimental creative research that resides between disciplines and technologies. With her installations she explores how communication technologies affect collective behavior and how perceptions of identity shift in relation to scientific innovation. Victoria has exhibited her work in over twenty solo exhibitions, more than seventy group shows, has been published in excess of twenty papers and gave 100+ invited talks in the last decade. She is the North American editor of AI & Society and in 2007 published an edited volume – Database Aesthetics: Art in the age of Information Overflow, Minnesota Press and most recently an edited volume entitled Context Providers: Conditions of Meaning in Media Arts. (co-edited with Christiane Paul and Margot Lovejoy). Intellect Press, 2011.

Lukáš Likavčan is a Global Perspective on Society Postdoctoral Fellow and research affiliate at Center for Artificial Intelligence and Culture at NYU Shanghai. His research areas cover philosophy of technology and environmental philosophy, with an emphasis on concepts and representations of the planetary in contemporary theoretical humanities and visual cultures. Likavčan is an author of a book essay Introduction to Comparative Planetology (Strelka Press, 2019), and a member of the More-than-Planet Working Group operated by Amsterdam-based NGO Waag. In the past, he presented his work at KW Berlin, CERN, Sonic Acts, Vienna Biennale, Het Nieuwe Instituut and other institutions.

[Alien] Star Dust meditations were developed by Victoria Vesna during the pandemic as a way to share the work that was created while in residence at the meteorite gallery in the Natural History museum in Vienna. The exhibition opened on the day the entire Europe closed and the artist had a strong feeling that the message of – DUST knows no borders – is critical as borders started closing and lockdowns were happening all around the world. After all, the virus travels with the dust and only through global cooperation can we make any progress to heal not only humans but all creatures and earth itself. We are all made of stardust and 100 tons of these micrometeorites fall on earth every day. We are daily hit with cosmic rays and neutrinos pass through our bodies. We are planetary citizens. But, the stardust is obscured by the pollution humans created, and most of us are walking in sleep, not understanding the amazing wonder of just being alive.

Working on this project was also an opportunity to experiment with online collaboration – working with sound artists remotely – in real time. Victoria found it very powerful to have people from around the world join and together attempt to stay centered and calm while all is falling apart. The first meditation was presented at winter solstice 2020 which lasted 24 hours, going around all seven continents. This was followed by a meditation for the Amazon with Campo de Cielo meteorite that fell on Argentina, in which many artists from South America participated. In 2021, Alien Star Dust was installed at the CYLAND festival in St Petersburg, Russia and again travel was not possible and did a meditation for Europe in English / Russian –with the Chelyabinks meteorite that fell in Russia. This lastest meditation in English / Mandarin is focused on the meteorite that was found in the mountains near Fukang, China in 2000. It is estimated to be 4.5 billion years old. The installation at the Fusan foundation is part of the Cosmological Events exhibition and includes an actual meteorite that was generously donated by the Yingliang Stone Natural History located on the border of Quanzhou and Amoy.

For much of the twentieth century, the quickest way to produce a high-resolution image of outer space was to hire someone to paint it by hand. This talk examines the history of American astronomical illustration, and the process by which it moved out of the observatory and into broader commercial markets in the mid-twentieth century. Our collective understanding of what outer space looked like increased dramatically over the course of the Space Age, but the creation of visually coherent pictures still required a high degree of manipulation. The astronomical illustrators that professionalized this task developed a specific set of visual conventions to signal the accuracy of their images and changed the look of space landscapes in both the popular and scientific imagination.

Lois Rosson received her Ph.D. from the History Department at U.C. Berkeley in 2022, where she specialized in the History of Science. Her undergraduate training is in fine art, and prior to starting graduate school she held a graphic design internship at NASA’s Ames Research Center. The experience spurred an ongoing interest in pictorial representations of space subjects and the visual culture of scientific institutions. She has since been a Guggenheim Fellow at the Smithsonian’s National Air and Space Museum, a research associate at Lawrence Livermore National Lab, and holds the 2023 – 2024 Octavia E. Butler Fellowship at the Huntington Library. At Berggruen, she will complete her first book manuscript, which examines the impact of midcentury astronomical illustration on perceptions of space landscapes in both the popular and scientific imaginaries. By focusing on illustrators as a group with tangible influence over the “look” of space in the twentieth century, the project explains why certain visual tropes—such as the persistent characterization of space as a type of western frontier—continue to permeate contemporary aerospace.

Anna Hoetjes (1984, Amsterdam) is a visual artist and filmmaker. Her research-driven work draws parallels between early 20th century history and technological developments today. She investigates how seeing and being seen in a technologically mediated world has evolved over the years. How do the utopic and dystopic scenarios from the past influence how we look at ourselves and technology today? How can we render female perspectives, dreams and activities visible? Her works take the form of participatory performances, video installations, sculptures and lectures, in which she often translates scientific datasets into tangible objects or animations. The artist aims to make visible the cultural foundations on which contemporary Western science was build, and how many valuable knowledge systems were cast aside in that process.

Hoetjes was the most recent artist in residence at the European Space Agency. She studied Fine Art and Video at the Rietveld Academy in Amsterdam, the Cooper Union in New York and the UdK in Berlin. She got her Master of Fine Arts at the Dutch Art Institute in the Netherlands. Her work was shown amongst others at TENT Rotterdam (NL), Bonniers Konsthall, Stockholm (SE), the ArtScience museum, Singapore (SIN), the nGbK, Berlin (DE), the Glasgow Film Festival (UK), Labocine Platform New York (USA), Museum Kranenburgh Bergen (NL), the Latvian Center for Contemporary Art Riga (LV) and the Museo de Arte Contemperaño Bogota (COL). 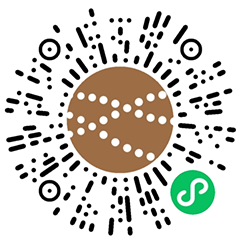