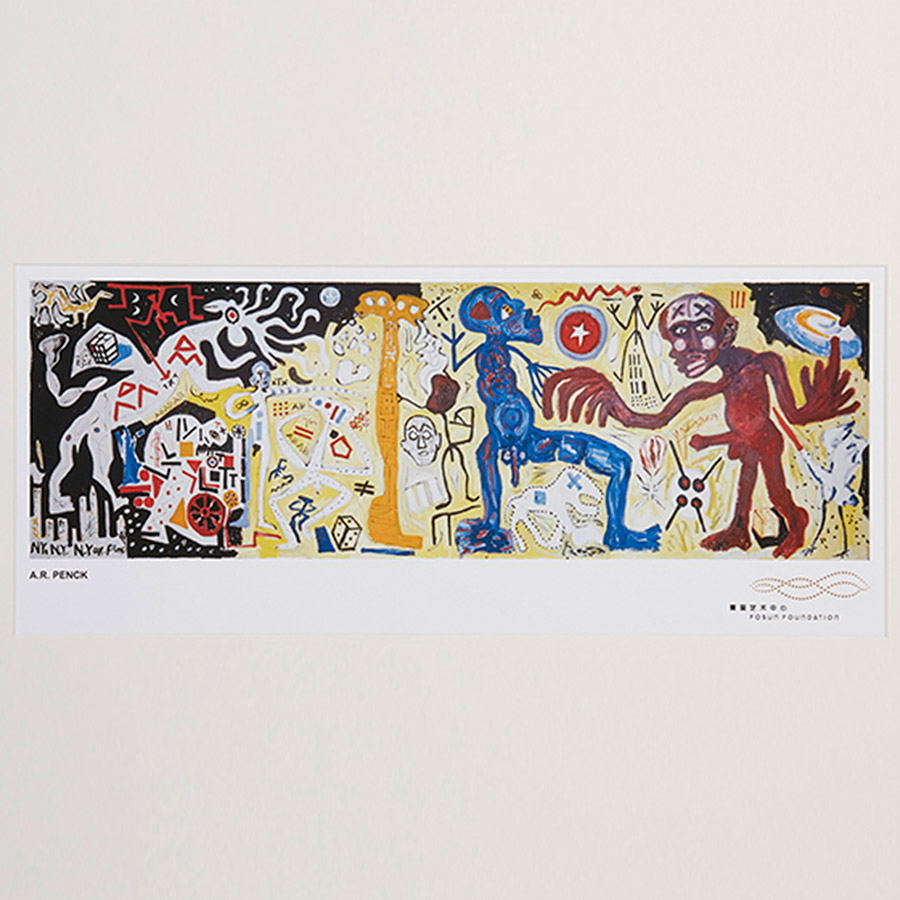 A.R. Penck (1939-2017) was a German Neo-Expressionist whose paintings of figures and symbols nod to both German Expressionists like Ernst Ludwig Kirchner and Art Brut. His painting, “New York, New York, New York” forms an urban scene with visual impact and life tension in vivid colors and abstract symbols. In 1984, Penck traveled to New York, and the lights, crowds, and nightlife of New York City made up a passionate jazz that enthralls Penck deeply. “New York, New York, New York”, the giant painting showing modern city life, leads the audience to listen to the melody of the city night, to imagine the dancing crowd, and even skyscrapers has became a subordinate element in this painting. Now the original work of this painting is on display at the Shanghai Fosun Foundation.