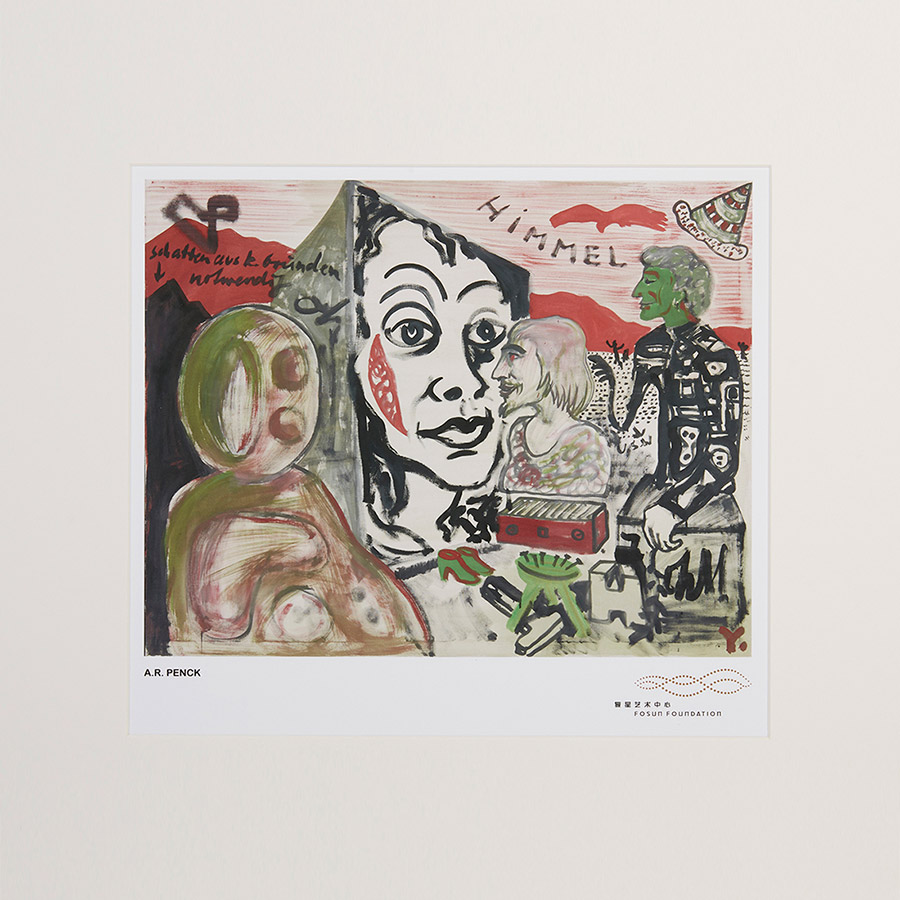 A.R. Penck (1939-2017) was a German Neo-Expressionist whose paintings of figures and symbols nod to both German Expressionists like Ernst Ludwig Kirchner and Art Brut. He believes that art is not only for entertainment, but also for intellectual training. Therefore, in his artworks the symbols combined with the characters of primitivism and modern scientific theory was used to show his thoughts on society. Stephen's dream was created in 1979, a special year when he lost one of his best friends, at the same time, he was faced with the serious political condition in East German. Now the original work of this painting is on display at the Shanghai Fosun Foundation.